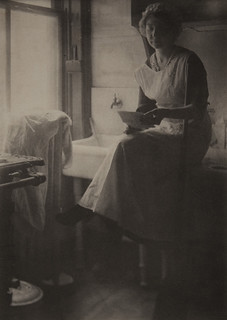 Teachers are like cops. They either get in for all the right reasons or they’re exactly the kind of people that you just don’t want in that field. That’s what I got with those three elementary teachers, and several other teachers along the way. I know from hearing the stories of others that it isn’t just crappy teachers in public schools. Nuns appear to be a particularly vicious phenomenon, and by now we’ve all heard about the conditions of the field of Catholic priesthood, the non-behavioral regulation of private schools, and the government interference that makes it impossible for the good teachers to even hang on and teach.

I know from my own experience that really, most teachers  are bigots. I got treated poorly, as though my own contributions were somehow invalid or faked, until I encountered a teacher who raised a fat kid herself, and who probably was a fat kid at some point. I’m positive that my grades were at least half a point higher than what I was given by my kindergarten, first grade and fifth grade teachers. I’m also certain that as more children of color started attending those schools, their bigotry focused more on them. Now, I know I had good teachers – and they were few, and far between, and easily burned out as punishment for actually caring.

After all, kids of color are more likely to be disciplined and denied their education. I was just the fat kid around before the people with darker skin showed up.

I know what happened to me, and I know it had nothing to do with what I created, what I turned in, what work I did – after all, I would turn in things that were smart, right on and funny alongside my thin male counterpart and his would be praised for “humor” while I would be docked for “attitude” despite relevance to the lessons. So no, the problem was never me. I did my very best, but my teachers did not make an effort to be their very best, and took out their own fears of having a fat body and their own assumptions of my laziness over the very clearly hard work I put in front of them.

So in my defense – I was an awesome student.

My teachers at T-Ball, however, sucked ballz. Given their bigotry towards me and towards the poor kids in class, they had no business teaching at all.

There have been far less since childhood. But there are a few from back then that I didn’t visit in my Creative Monsters Hall of Fame.

My kindergarten teacher  –  she often complained of my daydreaming too much. She  definitely valued me less than the other students. When most of them accidentally called her “mommy” she let it slide. But since she really hated my mother for reasons unknown to me, she really would not let me call her that. She also often demanded I ask for the bathroom “properly” as in “May I got to the restroom?” when other five year olds in equal need of relief could just ask for any old term that didn’t get their pants peed in. Obviously there was more to the attitudinal abuse than just misunderstood creativity – and more’s the irony, it came out that she’s distantly related to me. Perhaps she’s one of those that caught the narcissism gene, and given I was already large at 5, she probably identified the scapegoat gene in me.

My first grade teacher – another one who had some shit with my mother going on behind the scenes. She often liked to blame me when someone near me talked to me in class, reprimanding me instead of the real instigator. When I told her that she was mistaken (since she only seemed to notice when I spoke) she seemed to take some glee in saying I “had the shoe on the wrong foot.” Years later she tried to convince me a dog that was not mine was mine – she just had this condescending view of me, and truly thought I was stupid. She then got defensive when I snapped at her that I could recognize my own dog.

My fifth grade teacher, who, notably, had some kind of friendship with my kindergarten and first grade teachers. She really had a weird fixation on me, and despite often disciplining me with little or no cause – once for smiling during a lesson, not even disrupting anything – seemed to think I should remember her fondly. I don’t. I distinctly remember her giving a good citizen award to every girl in my class except me. She also demanded that I become a “scholar.” I was 11. 11 year olds do not need to be scholars, they just need to turn in their homework on time, which I did. She seemed convinced i did not belong in the Gifted and Talented program – my test scores were low the year before because I was ill and my mother did not really prioritize my healthcare like someone who wants her child to live a long and healthy life. Honestly, I wasn’t “pretty” like the other girls in the gifted program, and that was where her insistence I didn’t belong came from. I’m well aware that the attitudes of all three teachers had everything to do with fat bigotry, but also with some bizarre ongoing conversation about my family. Ironically, she was the one that found the poem I wrote and dropped forgotten – but I suspect it was really Mrs. Wilden, the more open-minded of the fifth grade teachers, that recognized I could write.

I was friends with one of my fourth grade teacher’s sons in my late teens/early twenties. When I told his mom these stories later on, she refused to believe me.